Located at 13981 State Road 23, Station 24 serves the Harris Township Community and covers approximately 9.5 square miles, including 3 miles of the I-80/90 of the Indiana Toll Road. The response area for this district is Gumwood Road to the West; the Canadian National Railroad to the East; the Michigan State Line to the North; and the City of Mishawaka and Douglas Road to the South.

This facility can accommodate up to (5) 24-hour firefighters, 3 apparatus bays  and houses the following: 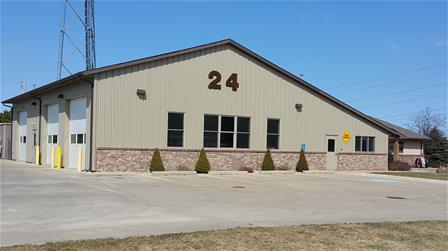